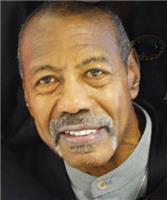 Walter Lee Mathis, Jr. born on September 24, 1943, in Griffin, Georgia and passed away peacefully at his home in Valley Lee, Maryland on Thursday, September 13, 2018, after a long illness. He was the son of Walter Lee Mathis, Sr. and Mary Buggs Mathis.
Walter attended public schools in Griffin, Georgia. In 1962, he joined the United States Navy and worked as an aviation electrician while completing rate service training workshops, correspondence courses, and mechanical and technical qualifications training.
While on active duty he served with VS-28 Quonset Point, RI and Weapons System Test Division, Pax River NAS, MD. In March 1971, Walter affiliated with the Naval Reserve’s Training and Administration of Reserves (TAR) program and served with VP-68 at Pax. River NAS, VP-64 Willow Grove, Penn., and attended A&C school in Memphis, Tenn. He completed his tour of duty at AIMD, Pax River, retiring as a Petty Officer First Class.
It was during his first tour of duty at the Patuxent River Naval Air Station that he met his wife, Elfreda Talbert Mathis. They were married on March 21, 1970, in Valley Lee, MD. From their union came three children, Adrianne Michelle Mathis Dillahunt, Aaron Talbert Mathis, Angela Janice-Marie Mathis Stevenson, and a child of the heart, Brian William Ball.
Retiring as a Petty Officer First Class, during his double-decade of dedicated Naval service, Walter received the National Defense Service Medal, Unit Citation with Battle “E” Air Crew Wings, and three Good Conduct awards. He was frequently on deployment to places like Japan and the Philippines, and his tour in Hawaii was the highlight of his Navy years.
After retiring from the Navy in 1983, he worked for military contractors including Dynaelectron, Tracor Applied Science, Inc., Marconi and BAE Systems. Walter retired from BAE Systems in 2003. He was most proud of his work in supporting the development of the Aegis Ballistic Missile Defense System as a Lead Test Bed Supervisor.
During the late 1980s, he joined Patuxent River Assembly of God Church, now known as Our Father’s House. Walter was actively involved in many aspects of the church ministry, always willing to lend a helping hand. He became critically ill in 2002 and complications from this illness left him permanently disabled. Through the grace of God, and with many prayers from family, friends, the PRAG family, other church families in the community, people across the nation and in other countries, he miraculously survived near death complications. After his illness, his travel was limited and he lovingly joined the Bethesda United Methodist Church family which was closer to his home. He was embraced and truly loved by his PRAG and Bethesda families.
Walter devoted much of his time and energy taking care of his family. His interests included spending quality time with his family, jogging, weightlifting, karate, woodworking, gardening and working on many projects at home.
Walter will be lovingly remembered by his wife of 48 years, Elfreda and his children, Adrianne Dillahunt (Linster), Aaron Mathis (Vicki), Angela Stevenson (Mark) and Brian Ball (Shannon), sisters Elaine Williams, Linda Weems (Johnny), Denise Brown, Dainnese Gault, brother-in-law Bernard Thompson (Vernette), and sister and brother-in-law Larry & Janice Walthour who over the years were his sister and brother in spirit and lovingly helped with all aspects of his care throughout his journey. Walter will be fondly remembered by his grandchildren, Marcus Smith, Morgan Smith, Michael Dillahunt, Mikayla Miles, Tyler Forshey, Kara Ball and a host of beloved nieces, nephews, cousins, and friends.
He was preceded in death by his father, Walter Lee Mathis, Sr., his mother, Mary Buggs Mathis, brother, Clarence Buggs and wife Juanita Buggs, Joe Lee Mathis and Billy Mathis, a brother-in-law, Mark Brown, special aunts, Clydie Mae Roberts, Sarah Buggs Gibson and Catherine Simmons Thurmond, special cousins, Marvin Lee “Sonny” Roberts, Carl Buggs and Jackson Buggs.
Walter was a remarkable husband and dad. He loved the Lord! He loved his family and gave them room to grow, courage to try, faith to believe, and wings to fly.
Family and friends will unite on Saturday, September 22, 2018 for visitation at 9:30 am until time of service at 11:00 am at First Missionary Baptist Church, 46370 Pegg Ln, Lexington Park, MD 20653. Interment will be held on Monday, September 24, 2018 at 11:00 am at Cheltenham Veterans Cemetery, 11301 Crain Hwy, Cheltenham, MD 20623.

Offer Condolence for the family of Walter Lee Mathis