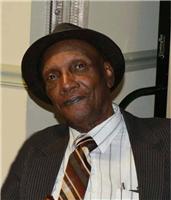 Thomas Lee Campbell, 80 of Lexington Park, MD, passed away on May 26, 2013 at Civista Hospital in La Plata MD. Lee was born on November 19, 1932 in Pearson, MD and was the oldest child of the late James Willis and Agnes Bernadine Chase Campbell.

Lee attended Cardinal Gibbons School. He later served in the U.S. Army and was honorably discharged. Years later, Lee became a government employee at the Patuxent River Naval Air Station. He enjoyed his job; especially when driving government officials to the Pentagon, Capital Hill, and other destinations. Lee loved his family and friends alike. He was always available to help in some capacity. Lee especially enjoyed going fishing with his son, Thomas, Jr., and other family members and friends. He was the master at fishing as well as many other talents.

Lee was preceded in death by his brother, James (T.I.) and grandson, Alonzo Campbell.

The family will unite with friends on Monday, June 3, 2013 for visitation at 10:00 am until Mass of Christian Burial at 11:00 am at Immaculate Heart of Mary Catholic Church, 22375 Three Notch Road, Lexington Park, MD. Interment immediately following at the church cemetery. Repast will be held in the church hall.

Offer Condolence for the family of Thomas Lee Campbell