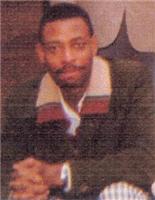 Thomas Bernard Price, 61 of Callaway, MD., passed away on August 16, 2013. Thomas was born on January 3, 1952 in Compton, Maryland. He was the son of the late Laura Thelma and John Edward Price.
Early on during his childhood years, Thomas learned the skill of farming land. From childhood to adulthood, he worked beside his father and brother, John, Jr., farming the land that they were raised on. Farming was what Thomas enjoyed most. He loved working the fields with his family.
Thomas attended Banneker School and later attended Chopticon High School, where he continued his interest in farming/agriculture.
He was a kind-hearted, gentle and down-to-earth person, who would do anything for you. He loved to play jokes on you. One of his favorite past times was to try to figure out the make/model/year of cars as they passed by and he always seemed to get it right! He also liked tinkering around with cars.
Thomas leaves behind sisters, Mary Geraldine Spears, Mary Helena Green and Alice Teresa Barnes; brother, John Edward Price, Jr. and a host of nieces, nephews, cousins and friends.
Family will unite with friends on Friday, August 23, 2013 for visitation at 10:00 am until Mass of Christian Burial at 11:00 am at St. Aloysius Catholic Church, 22800 Washington Street, Leonardtown, MD. Interment to follow at Charles Memorial Gardens, 26325 Point Lookout Road, Leonardtown, MD.


Offer Condolence for the family of Thomas Bernard Price