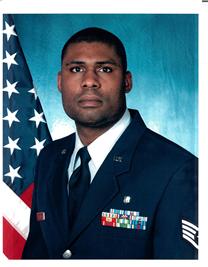 Stephen Demetrick Matthews was born March 15, 1975 to Charles and Ginger Matthews in Stuttgart, West Germany. Stephen was reared in Prince Georges County, Maryland where he received his formal education in the Public School System. Stephen excelled in his studies and earned a diploma from Crossland High School. After graduation, Stephen married his high school sweetheart, Shalita, in 1995, and from this union two beautiful and adorable children, Davon and Shannell, were born.

Stephen served dutifully for 10 years with the United States Air Force as a Dental Assistant and a Non-Commissioned Officer in Charge (NCOIC) of Oral and Maxillofacial Surgery. He was stationed in Texas, Maryland and England, later returning to reside in Waldorf, Maryland. Stephen also volunteered to serve a tour in Haiti. In his civilian career Stephen was employed by Dr. Christopher Bonacci, D.D.S, M.D., P.C. of Va. as an Oral Surgery Technician and the Department of the Navy where he was the Supervisor of the Naval Dental Clinic. He received numerous awards and accolades for exceeding expectations in his workplace. Stephen had a motto “Whenever you do something, do it right the first time.” This was reflected daily not just in his work, but in his personal life. There was no obstacle or task that he couldn’t conquer. It seemed everything Stephen touched turned to gold.

Stephen was an involved and doting father, spending countless hours with Shannell and Davon. When there was an activity or sports event Stephen could be found in the crowd cheering his kids on. Stephen was most happiest when he was spending time with his wife, children and driving his Mother-In-Law( Ma) to church every Sunday. He could count on Britney, Briana, and Brian anxiously awaiting the weekends so they could spend time with him and their cousins, engaging in horseplay that often led to everyone getting in trouble by Shalita. Stephen enjoyed playing practical jokes on everyone and telling the kids scary stories at any given time. No matter the age, young or old, you became victim to Stephens’ pranks. Stephen saw everyday as an opportunity to spend time with family and friends. You could always count on Stephen to have something up his sleeve for everyone. The kids never knew what to expect from him and were never disappointed.

Offer Condolence for the family of Stephen Demetrick Matthews