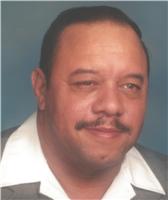 Phillip Ellsworth Butler (known as Ellsworth to his family) was born on August 21, 1945 to Roy, Sr. and Catherine Butler, one of eight children. Primarily raised in Croom, MD, he remained a life-long resident of Prince George’s County, while residing in District Heights, MD for the last 39 years.
At the age of 14, young Ellsworth became smitten with a pretty girl that he just had to meet. After being initially turned down and with a little more persuading, Ellsworth finally won over the heart of this girl (one year his senior) and they began to date. After three years of picnics, dances, games, and hayrides, the courtship peeked and the two decided to marry. On June 8th, 1963, Ellsworth Butler married Beverly Jeanne Savoy. Beverly would soon become the love of his life and best friend. The two remain married for almost 50 years. Their marriage produced 3 children, Sharon, Cynthia “Sissy”, and James “Rodney”.
Whether you knew him as Phil, Ellsworth, or simply “Butler”, if you were in his presence for more than 15 minutes, you soon found out that he had a gift for gab, corny jokes, and 3 passions in life. His passions were his relationship with his Lord, his companionship with his wife and best friend, and his pride in owning a successful business. First and foremost, Ellsworth was a man who lived his life as a devoted disciple of Jesus Christ. In 1982, after receiving several invitations from his brother David, Ellsworth began regular visits to Maple Springs Baptist Church, where he accepted Christ as his Lord and Savior and maintained a membership for more than 10 years. While there, he established many long lasting friendships, several of which were still in place at the time of his passing. Later, Ellsworth and the Butler family joined From The Heart Ministries (Suitland, MD) where he continued to grow spiritually and maintained an active membership until his passing.
After getting frustrated with many jobs and attempts to get from under the supervision of “the man”, Ellsworth decided to venture out on his own. In 1982, after acquiring a few discarded washing machines and dryers, using his backyard as storage, Butler Appliance was born. Known as “Mr. Butler” to his customers, Ellsworth’s business flourished and soon garnered a reputation for honesty, integrity, and reliability (along with a $35 non-refundable fee for service calls ….. no checks please). With the assistance of several family members and other devoted employees, Butler Appliance prospered simply on referrals and proudly served hundreds of customers during its 30 years in existence. In 2011, Ellsworth joined his bride in retirement.
After Beverly’s short bout with cancer, she went home to be with the Lord in May, 2012. Within the 2 years that followed, Ellsworth would never be the same. While his relationship with God remained his priority, the loss of his devoted companion and friend weighed heavily on his heart and health. On February 26, 2014, the race for Phillip Ellsworth Butler was called to end by God and he was once again reunited with his bride.
Ellsworth leaves behind many family members and friends to cherish the good memories, laughs, and impacts that he had on the lives of so many. The surviving members of the immediate family are his children: Sharon, Sissy (Wendell), and Rodney, in addition to his grandson Dionte (Tia), and great-grandchildren: Jayden, Tayrn, and Kendall, as well as his siblings: Delores, Iris, Thomas-Par, and Doris, along with a host of loving family members and friends He was preceded in death by his brothers Roy Jr., David, and Henry.
If Ellsworth was present with us today, whether you wanted to hear it or not, he would tell you that Christ is coming back soon … Get Ready!

Family and friends will unite on Thursday, March 6, 2014 from 10 a.m. until time service 11 a.m. at From the Heart Ministries, 4949 Allentown Rd., Suitland, MD 20746. Interment will follow at Resurrection Cemetery.

Offer Condolence for the family of Phillip Ellsworth Butler