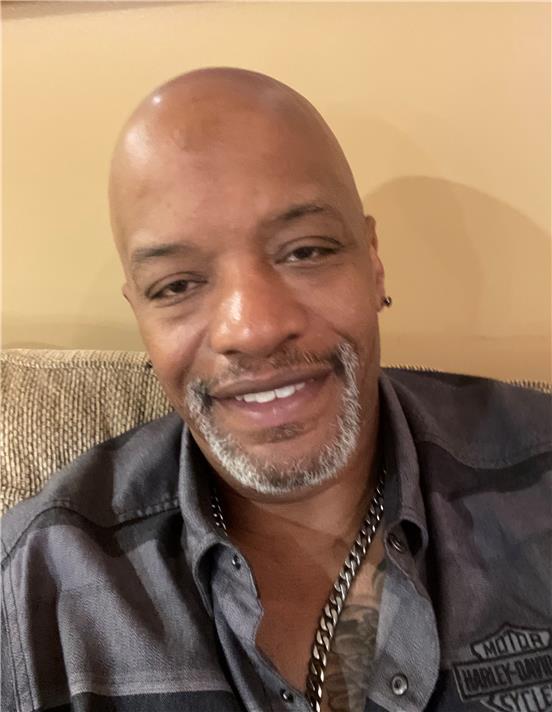 On Veterans Day, November 11, 2022, Michael “”Highlander”” Lawrence, transitioned to an eternal life of peace with our Lord and Savior, Jesus Christ. The scripture in 2nd Corinthians 5:8 tells us “”To be absent from the body is to be present with the Lord.”” He is now resting in peace (RIP) in his Heavenly home.

Michael was preceded in death by his mother, Patricia Farmer Clark Lawrence, Stepfather, James Allen Lawrence and brother Leon Clark, Jr. Michael was the second son of Patricia Farmer Clark Lawrence born on May 6, 1965, and considered Baltimore, Maryland his home. He was a graduate of Glen Burnie High School Class of 1983 and several days before his 18th birthday, he joined the United States Army, upon the encouragement and guidance of his stepfather, James Allen Lawrence.

Michael’s military career in the United States Army began May of 1983 and spanned twenty years of Service to his country. He was most proud of his assignment to the 3rd Infantry Division Old Guard Fort Belvoir, Virginia and his future assignment as a U.S. Army Drill Sergeant at Fort McClellan, Alabama. Michael’s legacy as a Soldier and comrade-at-arms continues to influence leaders throughout the currents ranks of the military and the Department of Defense.

After 20 years of military Service as a Chemical Operations Specialist, Michael retired from active duty in May of 2003 and began a second career as a Department of Defense Contractor for various government agencies, including the Homeland Defense Division in the Office of the Secretary of Defense (OSD), the Federal Emergency Management Agency (FEMA), and the Defense Threat Reduction Agency (DTRA). He had many distinguished accomplishments that included earning his Bachelor of Arts Degree in Emergency and Disaster Management from the American Military University on February 15, 2014.

Michael’s hobbies included, shooting pool, bowling, riding his Harley-Davidson motorcycle, under the alias of “”Highlander””. In 2017, Highlander’s passion for riding motorcycles afforded him the opportunity to establish the Waldorf Chapter of the Soldiers United Motorcycle Club (SUMC), with him serving as president, the SUMC Waldorf Chapter grew from five founding members (Highlander, GP, Wood, Fast Eddie, and Big Smoove) to now having 11 active members. On several occasions, SUMC members from Georgia, North, South Carolina, and Virginia traveled to Waldorf to demonstrate their love and appreciation during his four-year battle with cancer. Those expressions of love and fellowship were heartwarming experiences for Michael a.k.a. Highlander.

In recent weeks, Michael’s beloved uncle, Edgar Farmer and his wife, Barbara Farmer traveled from Pennsylvania on multiple occasions to spend time, pray, watch football games, and reminisce about life experiences. He also got to spend time with his cousins Edgar Jr. and Jeff. These visits were cherished by Michael.

During the journey of his illness, Michael expressed his love and devotion to Terri Douglas, his soulmate and caretaker, a native of Brownsville, Pennsylvania, and an IT Security Officer with the Federal Government. Terri metaphorically was the wind beneath Michael’s wings, and for that the family will be forever grateful.

Michael leaves to mourn his passing two sons, James (35) and Dionte (23), both had an opportunity to spend quality time with their father during the later stages of his illness, two nieces, Patricia, and Alijah. Other family members who will carry the torch for Michael’s legacy are William Reason III (a.k.a. “”Billy””), cousin and fellow biker. First cousin, Malik Farmer, who began his professional career with the government based upon Michael’s leadership and guidance. He also leaves to mourn his passing and carry on his legacy, his SUMC Waldorf family, Big Doggg (Tonya), Demp (Kisa), Diesel, GP (Stephanie), Hazzard (Tina), Nite Crawl’R, Pro-Fessa (Tomika), Romello (Z), Tonto (Stephanie), and Wood who dedicated their time to ensuring their “”Prez”” knew that he was loved and respected by them all.

Family and friends will unite on Saturday, November 26, 2022 from 10:00am until time of service 11:00am at Spirit of Faith Christian Church 14107 Gibbons Church Road, Upper Marlboro, MD. Inurnment will take place at later date at Arlington National Cemetery.

Offer Condolence for the family of Michael Eugene Lawrence