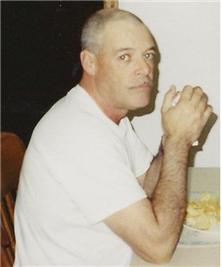 Mark Dale Swann Sr. was the son of the late Mary Evelyn (Swann) and Thomas Kern Swann Sr. He was born December 14, 1953 at Freedman’s Hospital in Washington, DC. After Mark’s long and demanding bout with Lung Cancer, he departed on June 10, 2011 at the age of 59 at the Veteran’s Nursing Home also in Washington, DC. He was educated in the Prince George’s County school system. Paulette Robinson joined him in holy matrimony June of 1975 and gave him his only children Mark Dale Jr. and Derrell Charles. Mark later married Jacqueline “Jackie” Henson in 1989 and divorced in 2007. Jackie and Mark remained close until his dying days; one would say real soul mates.
Mark left home to join the Army on August 2, 1972 and was active duty until August 1, 1974. During this time he was deployed 11 months and 16 days to Korea where he served as a Field Wireman. He was awarded the National Defense Service and Armed Forces Expeditionary Medals. Since the desire to serve was still strong, he remained in the Army Reserves until August of 1985. We thank him for his many years of service.
Mark worked for Washington Suburban Sanitation Commission for over 15 years as a Crew Chief. He then went to work for several different companies including Johnnie B. Quick Plumbing, Chesapeake Homes and Dorsey Plumbing. Excelling at all of these different trades he soon put them all to use. Mark became his own boss and the best handyman for hire until his bout began in October of 2010.
Fishing, without a doubt was his favorite pastime. He also was an avid hunter and loved to be in the great outdoors. He enjoyed spending time with his family especially his grandchildren and his niece Gina Corria Cook. He loved homemade Carrot Cake with cream cheese frosting, Oreos and lasagna. Mark had a great since of humor. Huh? Huh?, which often he used over and over again.
Mark leave to cherish his memory, oldest son Mark Dale Swann Jr. and ex-wife Laurie Swann(Thompson), who together gave him his oldest grandsons DèAndre Robert (14), and Latraè Markee (12); Dale’s significant other Cynthia Pearson who was just like a daughter in-law; his youngest son Derrell Charles Swann and his wife Jennifer Lynn (Nelson) who blessed him with three grandchildren, Christopher James (4), only granddaughter Jewllee Mae (2) and Brandon Charles (2 months). He is also survived by his brothers Michael and wife Debbie; Thomas Jr. and fiancée Joan; his sisters Dorie and husband Gregg Harley; youngest sister Gale Swann; brother in-law Joseph “Lennie” Corria, who married his departed sister Linda (2007) and sister in-law Joyce, widow to his brother Carl (2010). Mark leaves behind a host of aunts, uncles, cousins, nieces, nephews and many other hearts touched by him.
Ceremony Details: Graveside Service Wednesday, June 15, 2011 10:30am Maryland Veterans Cemetery Cheltenham 11301 Crain Highway Cheltenham, MD 20623 Service Entrusted to: Briscoe-Tonic Funeral Home 2294 Old Washington Road Waldorf, MD 20601


Offer Condolence for the family of Mark Dale Swann, Sr.