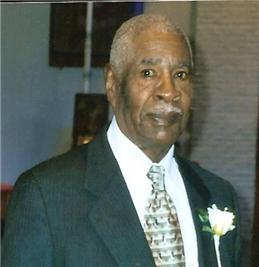 James C. Briscoe, Sr. was born February 14, 1917 in Chaptico, Maryland to the late John Frank Briscoe and Margaret Thomas Briscoe. After his sudden
illness James was called home to be with the Lord on February 11, 2011.
He attended St. Mary’s County Public Schools. On February 20, 1943, James was united in holy matrimony to Catherine Elizabeth Collins in St. Mary’s County, Maryland. After 43 years of marriage on May 1st, 1986, his beloved wife departed to be with the Lord.
James devoted his life to his family and friends. He was a faithful member of the Immaculate Conception Church of Mechanicsville, Maryland. He spent most of his life farming. He enjoyed playing cards, horse shoes, watching wrestling and watching the World Series baseball games. He took great pleasure in helping other people. He loved his dog “Jack”.

Peacefully on Friday, February 11, 2011 James Calvert Briscoe Sr. went home to be with the Lord. Visitation will be held on Friday, February 18, from 9:00 am until of Mass of Christian Burial 10:30 am at the Immaculate Conception Catholic Church 28297 Old Village Rd, Mechanicsville, MD. Interment Charles Memorial Garden.

Offer Condolence for the family of James Calvert Briscoe