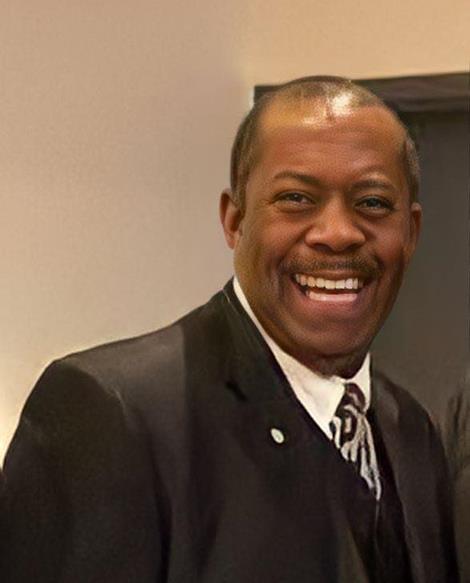 Dennis D’Andre Murray  was born on March 13, 1964 to the late William Paris Murray Sr., and Lillian Davis Coston Murray.  He was the 9th of 10 brothers and sisters.  Dennis was called home to eternal rest on January 5, 2023 at the age of 58.

Dennis was educated in St. Mary’s County Schools, graduating from Great Mills High School in 1982. After graduation, he joined the United States Army from 1983 to 1985 and was stationed in Germany and Ft. Benning, Georgia.  After leaving the Army, Dennis worked several positions before being hired by St. Mary’s County Nursing Center where he worked as a Security Officer for over 30 years until his death. While working for the Nursing Center, he was also employed by St. Mary’s County Public Schools as a Security Resource Officer and retired in June after 21 years of service.

Dennis loved working with his hands and would assist family and friends with the restoration, remodeling, and the beautification of their homes.  He was very meticulous, making sure that his work was perfect and would last a lifetime. He would always stop whatever he was doing to go help his family and friends.

Dennis had a great love for racing, and would often be found at the Maryland International Speedway in Budd’s Creek during racing season.  He loved drag racing and going to car shows.  He also loved to travel.  Mostly, Dennis loved spending time with his family as is witnessed by the many family dinners, cookouts and other get togethers he held in his backyard.

Dennis was preceded in death by his parents, William Murray, Sr. and Lillian Murray; his sister, Rozellia Hurt, and his maternal and paternal grandparents.

MASKS ARE REQUIRED TO BE IN ATTENDANCE AT THE CHURCH.

Offer Condolence for the family of DENNIS D’ANDRE MURRAY