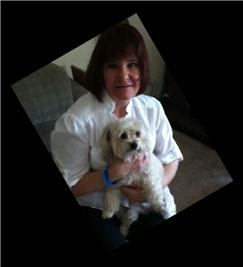 Brenda Kay DeLong was born in Flint, MI on June 5, 1965 to Eugene and Jeanette DeLong. Brenda was the first of four children and was raised in Millington, MI. She later moved to Flint, MI to pursue a career in the medical field. From there she moved to Detroit, MI and later to Oxon Hill, MD with her two children Jarelle DeLong and Aaliyah Jackson, where she resided until her death on August 9, 2012.

Brenda attended PG College and Sanford Brown College in Maryland to further her career in the medical field. She loved spending time with her children, grandchildren, family, and friends. She had a great passion for reading, the outdoors, music, and more. Her favorite artists were Michael Jackson, Tupac, Whitney Houston, Prince, and R. Kelly.
Brenda worked at DaVita Dialysis in Clinton, Maryland as a dialysis technician where she devoted her time and services to helping others within her community. Although Brenda was diagnosed with Polycystic Kidney Disease (PKD) at a very young age and was a kidney dialysis patient herself, she never let it deter her from helping others through their time of need.
Brenda leaves behind her two children Jarelle DeLong and Aaliyah Jackson; her brother Mark DeLong, sisters Theresa DeLong and Lorie DeLong; her grandchildren Jaylen DeLong and Serenity Jessup; her dog Bailey DeLong; and many other family members. She was preceded in death by her mother Jeanette Louise Revesz and her father Eugene Harold DeLong. Memorial services will be held in Michigan at a later date.

Offer Condolence for the family of Brenda Kay DeLong