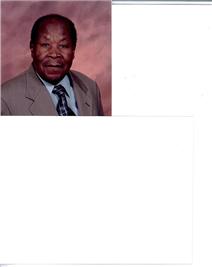 The story of Zacaries J. Cardoso began on June 26, 1928 and tells of the life of a son who outlived 3 older brothers and 3 younger brothers; a young man who became the head of a large family long before he had his own how. It’s the story of a young man who started out as a primary school teacher and always emphasized the importance of education. He later became a United Methodist pastor in his native Angola where he was admired and respected for his intellectual capabilities and rare skills that he demonstrated in peacemaking and reconciliations among the regional fighting factions. Later, as a theological student in Lisbon, Portugal, he endured horrific days in Salazar’s underground jails as a result of the beginning of the call for the independence of Angola. He went on to become a United Methodist pastor in the United States, but he was able to accomplish a mission to visit Angolan student refugee in various countries in Europe. It was during this trip that he met Dalia who would walk by his side for 45 years. In 1991 he answered the call on his life to return to Angola and work with the church and people there. After a long struggle and much hard work, 1993 he was ordained a Bishop by the AME Zion Church and established the Independent AME Zion Church in Angola. He remained in Angola building the church until he returned to the United States to retire in 2002.In our country of origin, Angola, as in other countries, we celebrate the memories of our loved ones. It is an opportunity for those left behind to offer thanksgiving and praise to our Creator who is in His wisdom brought us into this world an in his own time call us from this world, for Bishop Cardoso that call came on Wednesday, September 15, 2010. Today we are celebrating the memory of Bishop Zacarias Cardoso, whose journey left a considerable impact on many lives, not only on his family who loves him but also in the lives of friends and colleagues.He is preceded by his younger brother, Dr. Simao Cardoso, his daughter Angela Cardoso, his nieces Dr. Beatriz Cardoso and Sandra Urbano Strong.He is survived by his wife Adelia “Dalia” Cardoso, his children Esperanca Cardoso, Laurina Hawthorne (Phillip), and Joaquim Cardoso, two sisters Maria Cardoso and Marcelina Costa, five sister-in-laws Engracia Cardoso, Dina Urbano, Margarida Caiotela, Alice Urbano and Maria Flora Ingles, eleven cherished grandchildren and several beloved nieces, nephews and, daughters and son-in- law whom he loved like his own children.Visitation will be held on Tuesday, September 21, 2010 from 9:30am until time of funeral service 11am at Good Shepherd United Methodist Church 305 Smallwood Dr. Waldorf, MD. Interment will follow at Trinity Memorial Gardens.

Offer Condolence for the family of Bishop Zacarias Joao Cardoso