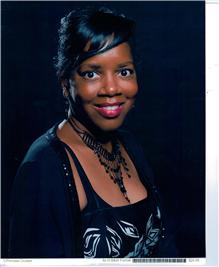 On Thursday, July 21, 2011 Beverly departed this earthly life. Family and friends will unite on Friday, July 29, 2011 from 10am until time of service 11am at Douglas Memorial United Methodist Church 11th and H Street NE Washington DC. Interment immediately following service at Ft. Lincoln Cemetery, Brentwood, MD.Beverly A. Ferrell was born to John and Ollivene Ferrell on June 7, 1958 in Washington, D.C. She was the youngest of four children, the “baby girl.” She graduated from McKinley High School as the Valedictorian in June 1976. She was an honor student and top in her class. She briefly worked in the private sector as an administrative assistant for Blue Cross-Blue Shield.

She married Andre Hood, her high school sweetheart in October 1976. Together they had three sons, Andre, Steven and Christopher Hood. Her sons became her world and no sacrifice was too great for her family. She was the quiet one with the sweetest disposition and the patience of job. She cared for her mother Ollivene on a daily basis when her health became a challenge and continue to support her sons and grandchildren with unconditional love.

In her teenage years, she also loved to sew and to this day, was a “fashionista.” She was also a Red Skin fan and would really get into the game during Sunday and Monday football. And of course, all of the family knew of musical idol, R&B Singer “Maxwell.”

On July 21, 2011, God suddenly called Beverly home to glory. He gently took her hand and led her into his secure and loving embrace. No more heartache, no more pain. She is survived by her three sons, Andre, Steven and Christopher Hood, grandchildren, Iyanna, Carter, Avery and Cody. Her two brothers John and Barry Ferrell, her sister, Zenobia Wallace; her daughter in-laws, Latrell and Tiffany; Sherika; sister-in-laws Veronica Ferrell and Barbara Ferrell, her Aunt Geraldine Bynum, and numerous nieces and nephews as well cousins and dear friends of the family.

Offer Condolence for the family of Beverly Ann Ferrell-Hood