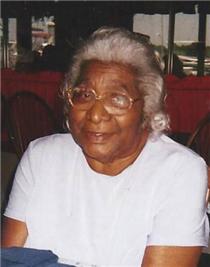 Agnes was born on June 4, 1916, on a farm in Great Mills, Maryland to William Nelson Mason and Mary Elizabeth Thompson Mason. Agnes was the youngest of eight children. She received her early education through the St. Mary’s County Public School system. One of her proudest moments was when she received her GED at the age of 65. She worked over 40 years in the Food Service Industry, retiring from the former Patuxent River Naval Hospital in 1985. Agnes was a life-long Catholic and member of St. James/St. Cecilia Catholic Church, which she attended well into her 80’s.

Offer Condolence for the family of Agnes Cecelia Blackistone